My approach to bow making

For me, the bow-making process begins with studying all the relevant sources that are available:

When studying an original bow, my main concern is to try to understand how the bow was made. Why did the maker choose this particular form, what specific techniques did he use and why? Using a specific historical technique often provides me with more insight into the essential nature of the bow concerned. For instance, we know that sandpaper did not exist in those days, so how did makers finish a bow? There is evidence that scrapers were often used as a general woodworking technique in the finishing process, a method I have chosen to adopt. It gives a very different finish than sanding: sandpaper clogs up the pores and dulls the appearance of the wood, whereas using a scraper brings out the wood’s natural structure and lustre. 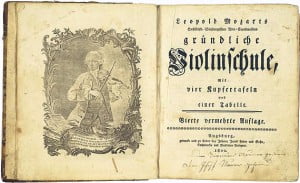 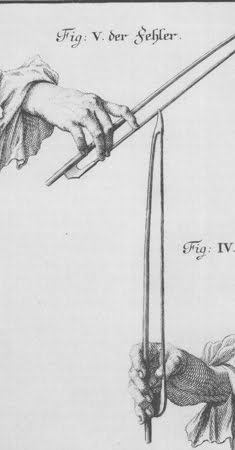 What were the maker’s aims and considerations in terms of sound, articulation and ‘handling’? These are reflected in the bow’s weight distribution, the stick’s relative thickness throughout its length and the camber (curvature). What were the traditions in a given country or region at the time?

It is important to know how the instruments of the period sounded, how they were strung and their specific tuning pitch. I have acquired much of this knowledge from my studies and experience as a Baroque violinist. 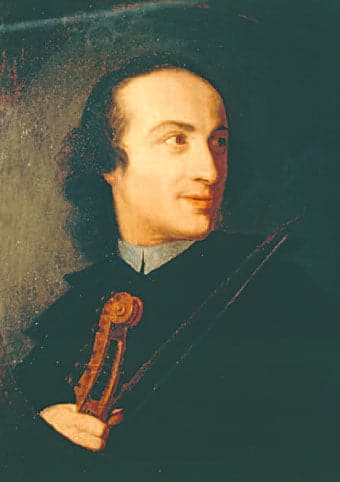 By researching the literature, we can gain an impression of the musical tastes and practices in a particular country and period. What was written about musical forms of expression (such as phrasing), playing techniques, instruments and bows? The following quote serves to illustrate this:

‘In their letters, W.A. Mozart and his father wrote that they preferred a strong, clear “masculine” tone, with much shading, individuality, feeling and “taste”. Wolfgang described Tartini’s style as expressive, but rather thin sounding. Tartini’s two surviving bows are extraordinarily light, one a long Baroque model and the other a high-tip example, both with clip-in frog. Tartini speaks of playing primarily in the middle of the bow.’ (Excerpt taken from an article by the bow maker Stephen Marvin in The Strad, 2006)

It is essential to interpret these notions guided by our knowledge of the musicians’ customary practices typical of that period and place. 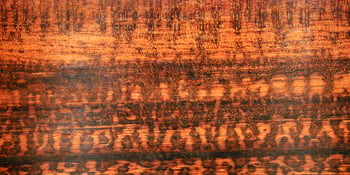 In my view it is important to copy all aspects of an original bow. It is often possible to determine the type of wood that was used. It appears that the earliest Baroque bows were made from native woods. Already by the mid 17th century snakewood (Brosimum Guianensis) came into general use and retained its popularity until the end of the Baroque era. In Germany snakewood was favoured for its exceptional tonal properties up until the early 19th century and there are a number of fine examples of German snakewood Classical bows. In England, Dodd is known to have made Classical cello bows out of snakewood; incidentally, I make copies of one of these bows that has survived to the present day.

In the case of Classical bows, wood type can be more difficult to pinpoint, as makers experimented with a great variety of new types. Classical bows were mostly made from ironwood, ebony, satinwood, bloodwood or pernambuco. When I create a copy of an original bow I naturally take these historical aspects into consideration.